In December, my roommate decided to play a new game she had gotten from the PS store. “Oh, that looks education and kind of boring for me?” I thought. I assumed it was just a game going through the history of fonts.  As an animation major, I took a course on typography and worked in design so I already knew some of the back history of type. I couldn’t see this game being too appealing to anyone outside of the design field.

Then she started playing the first level and I couldn’t help but peek over from my computer. The first level was boring. It was just a tutorial on how to move the Colon (your character) around. The tutorial provided a deep back history of writing that gave you the option to read about or just skip over it.
As soon as she hit stage 2, I was out of my chair and on the floor yelling about how Gothic font was German origins (half right, not exactly), re-learning the real origins and 3 hours later we were guessing at what time Times New Roman came around, where Helvetica would have been used and why Didot has so many fonts in its family. Literally, Didot, wtf. 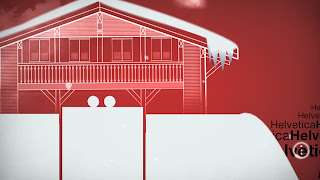 We were enamored by the color pallet used for certain levels, the creative use of loops, tails, serifs and just general anatomy of each letter.  The anatomy of a letter became part of the background, having to roll off a loop onto a terminal or being blocked by stems only having to use a T for momentum to jump onto a rotating U and hope you don’t fall through. Each level becomes progressively more diverse and unique once a new font is introduced, collaborating alongside the time the font was born. 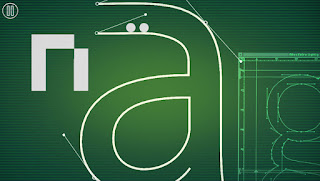 The game is relatively short. We finished the whole thing in three to four hours (secret level included) and it was a pleasant way to spend our evening. If you have money to spare I would suggest this to anyone who enjoys casual platform games with a few puzzles mixed in.
fontsgameindie gametype:ridertypography
1