In regards to Star Wars, I’m a baby fan. I had no interest in it when I was younger. I didn’t like how dark it looked, I didn’t understand what was going on with Darth Vader, the whole sci-fi genre just never caught my attention. But DAMN did I love Star Tours at Disneyland and Space Balls was one of my favorite comedy movies of all times.

It was only until months after The Force Awakens came out that I became interested. Because KYLO REN the story was great even if it was new-aged rehash of A New Hope. I ended up enjoying the characters and seeing old faces that I remembered spotting every time I passed my dads room when he had it on. The story was really introductory.  A safety net. Go too high and you’ll confuse new fans, go too low and you’ll piss off the long time fans. The story was cautious but it still poked and prodded its way to be it’s own part of the universe. 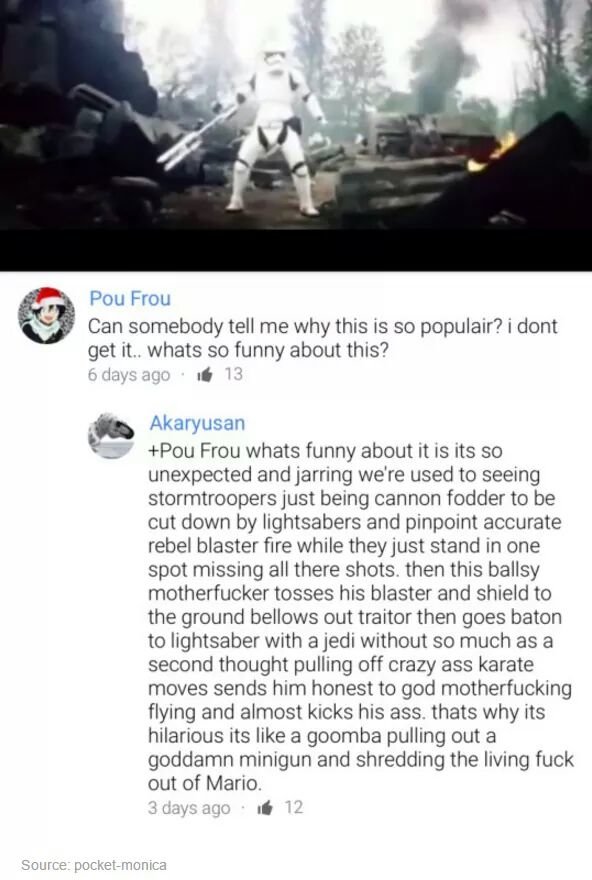 When The Last Jedi trailer came out, immediately I threw my phone at my dad.  I never knew how much of a fan he was since until recently since he didn’t show much appreciation to the series. He doesn’t show much interest in general but once something grabs him, he’ll usually give a small smile. He’ll cry alone at movies that aren’t particularly sad but will grip him for some reason, otherwise, he’s not really a fan of much. Just old movies and good old horror films (probably where I got my interest).
But then a few years ago, while going through his old record collection I found the original Star Wars track.  And let me tell you, the Imperial March sounds fantastic on old vinyl. Then I started piecing everything together.  For the longest time, he had a collectors VHS edition of all of the then-released movies. He was the one that introduced me to Space Balls. Not only was he a big fan of Mel Brooks, but Space Balls was one of the first parodies of Star Wars which was significant at the time because of the rights.
Every time we were at Disneyland he would immediately hit up Tomorrowland and get Star Tours out of the way. Not because it was a ‘gotta go to better rides after this’ but because it is genuinely enjoyable. No one ever had any objections and it’d be a joy to stand and wait forever because we were entertained by the robots inside.
And when The Force Awakens came out and he finally watched it (long after I did), boooy. I got about three pages worth of FAN THEORIES from him (that were his own) on what he thought was going to happen to Kylo Ren, who Reys parents were, and if it was going to be a Luke and Leia situation again.
After all these years, I realized my dad was secretly a Star Wars fan boy since the beginning while I had barely gotten into it.
Once I had given him my phone, he was mostly quiet until he saw Rey and then kept asking ‘but where’s Luke? Where’s Luke?’  He gave me no theories at the time but I’m pleased that the saga is still going.  I’ve never seen my father nerd out about something so dorky before since it’s usually my area of expertise. I could never understand how old fans could be so passionate about Star Wars but once my father got revved up about it, I finally understood.
And to be frank, even though I feel it should have probably ended some time ago, it’s one of those things where I don’t mind it going on forever.
fandomspace ballsstar warsthe force awakens
0